In the healing work I’ve been doing from releasing the pain of my last relationship, I discovered that my inner child has a “wish list” about what she wants. I explored that with her today, and this is what I found.

With her previous and first abusers (my father and his mother — my paternal grandmother) I was too small and powerless to get what I needed from them, both in terms of the normal parenting and nurturing one requires in their developmental stages, and in terms of receiving repair and healing from them, which never happened.

The best I was able to get was when, as an adult, I confronted my father who did not admit what he did but neither did he deny it or apologize for it. My grandmother never saw that anything she did to others was wrong, so that avenue was not available. That’s as good as it got, from them.

This left my inner child with a desire for:

— what she did not get when she was little, and that she deserved, some of which follows:
— an admission of guilt for what was perpetrated upon her innocence
— an acceptance of responsibility for the damage that they caused to her
— sincere expressions of regret and remorse
— wholehearted attempts to make things as right as possible, to repair the damage that was done — to make full amends

None of the above were possible from the ones who caused the pain, in my case and in all too many cases. They were wounded people who never got the chance to heal in their lifetimes, so all they could do is pass on the pain to those around them, many of them vulnerable and innocent victims.

I’m saying all this to put things into a particular perspective. I’m saying all this so that my inner child can understand what happened, and that none of it was her fault; that it probably could not have been prevented (sorry, darling, but you know it’s the sad truth); and that none of it means that she is anything but beautiful and worthy of love, nurturing, protection, safety and happiness.

I’m also saying it so that anyone else whose inner child experienced any form of abuse at the hands of someone they should have been able to trust, can hear it and know they are OK now and are going to be OK — so that they know healing is possible and where to look to find it.

It feels important to say that I’m not an “expert” except on my own personal experience.  I’m not a psychotherapist. I’m sharing for myself and if it helps anyone else that’s great. I’m not here to tell anyone else what they should do, because frankly I don’t know. I’m not omniscient. All I can do is share my experience and insights, with as much courage and love as possible.

What I want to say to others is that I am keenly aware how my early childhood experiences made me more susceptible to further abuse as an adult. I am aware of how badly I persisted in wanting to heal those early wounds, sometimes through being attracted to individuals who would repeat those patterns with me and with whom I intended and hoped to heal the damage.  My thinking was that if I could not heal the original wound, maybe I could heal through adult relationships instead.

My theory, as I saw it, went something like this:

“I’m a big girl now. I am not a small child anymore. I have skills and resources and support around me. I know the difference between being nurtured, and being used and abused. So I am not only more aware of what I truly deserve in life, I am also more able to cope with whatever you might throw at me.”

However, there was a fatal flaw in this theory. Several of them.

First, the people I was attracting were not and are not interested in changing themselves, and mostly unable to do so without professional intervention, if at all.

Second, the other fatal flaw was that I had not realized that despite what I felt were noble motives (intention to heal myself and the other person) the pattern was doomed because it was circular: victim/rescue/perpetrator.

The more I attempted to rescue a “victim” the more I became a victim myself, in need of rescue; and there were times when I could also easily have become a perpetrator myself despite all the best intentions in the world. (To the best of my awareness, I haven’t.)

Finally, even had I been able to heal those I attracted, it would not have been effective in healing my own wounds except vicariously. Having compassion for others might be noble but it still would not deliver to my inner child the specific healing she needed to fully recover from her early wounds.

Just because a new relationship (whether intimate or as a friend or boss) “felt like” the same as my father’s abuse, did not mean that once the new abuser was healed (presuming such healing was even possible, an iffy proposition at best) — the new abuser would then turn around and give to me what my father never did and never could.

In fact, what usually happened was that the scars were freshly reopened and needed new healing. Disappointment piled onto new wounds; what I needed I did not get from the source I wanted it from. And that was a signature pattern that was set into motion long ago.

This brings us to the current events. My inner child told me today that she wanted me to write a letter to one of my exes, confronting her with all the things she did to me that hurt me. (Note that this is not the first time she’s wanted this. . . but I hope it might be the last.)

The reason she wants me to do this, she says, is that she believes that when the perpetrator is confronted with their misdeeds, they will regret their actions and offer remorse and amends. This is what she wants.

But, she is never going to get it from the people who caused the wounds.  I’ve spent years trying to explain this to her; but it doesn’t stop her from wanting it.

The problem is, the person who caused the pain is not the one who can or will take it away. That is going to be up to me ~ and some of the healers who have so skillfully led me to practices and processes that actually help. It’s been a lifelong journey, and one that has seen both its challenges and rewards.

The inner work is what brings relief and peace, ultimately. It does not and cannot happen because of anything the perpetrator does to set things right (because in most cases they will not and cannot accept responsibility for anything they do that hurts others.) 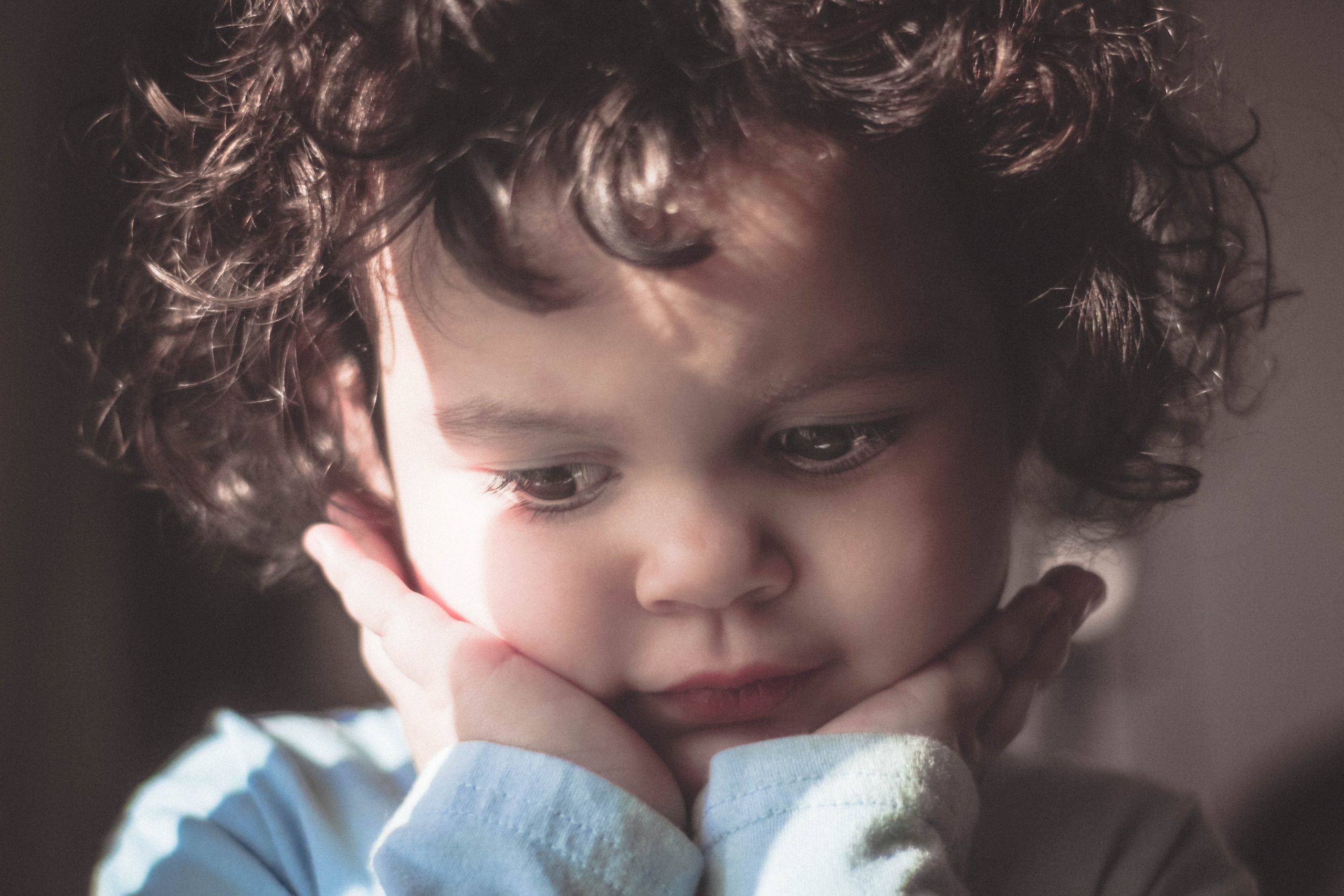 Today, as I sit with my inner child cuddled on my lap, I say to her, “Little One, you are going to be just fine. We cannot write that kind of letter to my ex because it will not solve anything. I could write out the words and then not send it to her; if doing this would make you feel better I am happy to do that. But I can’t send it to her because she won’t believe me and doing it would create all kinds of trouble without you getting the result you want. A letter like that is not going to change how she is or make her sorry for what she did, or get her to make amends to you.

The ex who hurt me is a person locked into her own pain; she lives in fear. She cannot give because (for one thing) her heart is closed.  And we can’t make it open again, no matter how much we give to her or how much we love her. It’s not our job to heal her; that’s her job and whether or not she does it is not for us to say.

Whatever we do is never going to be enough because she is not doing HER inner healing work like we are. There is no place inside her to PUT the healing!  So. . . I hope you understand that while I wish it could happen that way, it never will.

I’m sorry I can’t make it right. What happened between her and me should never have got that far; I should have stopped it before we got hurt. I’m sorry I didn’t. I can’t get back all that I lost.

But I can make peace with it and move beyond it, with my head held high in the dignity of a whole person. I can take you away from the pain, and rebuild a new life free from abuse and suffering.  I will do this.

What you really want and need is for someone to hold you and tell you how sorry they are that these bad things happened to you. I am that person.

I need to let you know that I will do my best to see that it never happens again. I know I’ve said that before, and really meant it each time, but I’ve learned something important from each relationship, things that make it easier for me to stop getting connected with people who will only hurt me.

I can’t promise that there will never be hurt again. But I can promise that I will never put your life in danger; that I will do my utmost to see that I am choosing partners who are capable of loving me; that I will protect you and make sure you are safe, before I jump into another relationship; and that I will listen to you immediately when you see red flags about something I should notice but am not.

I will listen to you when you warn me that you’re feeling scared or too vulnerable. I will listen when you tell me that something feels wrong to you. And I will take you away from those situations as fast as I can. I will never again allow you to suffer because I made bad choices.

In the future I think we will know much sooner how to stay safe, especially when we work together. I’m completely ready to do that now. Please forgive me for letting you down. I’m listening now. And I am always available to comfort, love, respect, and nurture you in every way you need.

So. . .to my wounded inner child. . . I am writing this letter not to my ex, with the doomed expectation that such a thing will magically induce her to admit her wrongs and enable her to make things right for me (to say how sorry she is, and to pay back the money she extorted from me) — but to YOU, my sweet little one. You are the one who needs to hear these words, and so I am writing them to you. For you. With so much love.”

This was the letter that really needed to be written. So I did.