The 11:11 phenomenon has puzzled people since it first started appearing. this year Universal Laws are being highlighted in 2011, to assist in the major shift we are all making in consciousness and in how we perceive reality. 2011 is a big year for this and other reasons. May is the next month in a year-long series of dates that reveal more about the Universal Laws and their correspondence to the Spiritual Laws that govern us all. Here is the link to the first post of 2011 about this topic, and to one of my other blogs (yes, I have several. . . ) where I first wrote about the 11:11 Laws.

The Universal Law of 8:11 is the Universal Law of Judgment ~ the Spiritual Law that corresponds to it is The Spiritual Law of Karma.  Source builds in to all life forms a sense of judgment, through which it understands and can discriminate between that which is good, wholesome and healthy, and that which is not.  In addition, the Law of Karma (also known as the Law of Cause and Effect) help beings to learn from their own experience.  This is an orderly process and one which is self-governing. 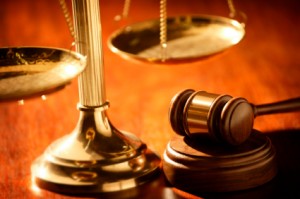 Karma = Judgment, Cause and Effect. Photo by DNY59

And the Law of Cause and Effect is elegant 🙂   It is easily demonstrable, in many cases.  In cases where the cause is not apparent for an effect you are getting, that doesn’t mean it isn’t Karma; the question arises about “when” the cause happened.  Some religions, such as Buddhism, tend to attribute past life causes to current-life events that cannot otherwise be explained.  In those cases, it’s a case of “getting it over with” so that you can improve your condition by creating better “causes”, so as to ensure more desirable effects.

However, the Buddhists also believe that attachment to anything is also a cause of suffering, so. . . even wanting better circumstances and doing good things is no insurance that you will live comfortably now or hereafter. The trick is to live without reacting to everything as if it were either the best or the worst thing in the world; equanimity-mind is, they say, worth pursuing regardless of the Law of Karma.  If you can achieve peacefulness within, you don’t have to be upset by every thing that comes along in your life.  (For some of us, that would be a distinct improvement!)

Almost every major religion — and certainly all societies and governments — have built within them laws about judgment:  what is and is not to be judged (and why) , and what the “cost” (or punishment/karma) is to be for transgression.  This thought is so deeply engrained into cultures and civilizations it has no source but, perhaps, Source, as its origin.

In other words, there are the Laws of the Universe (or God) — and then there are man-made laws.  It seems to me that both are important — so long as we understand that the true basis for both lies in our connections with Source and in our right relationship with God and all other living beings.  Being too far away from either good relationships with Source or our fellow beings, puts us at risk for consequences, whether you call it Judgment, Karma, or Law.
Even the Laws of Physics state that there are consequences to an action.  Seems like we might want to pay attention to how we are causing, or shaping, our individual and collective lives.

If you are working on personal growth in these areas, you might like to explore that in the company of other like-minded people.  The Consciousness Cafe has just been launched — and you might feel right at home over there.  I’d like to invite you to join us.

Your thoughts about this?  Let’s discuss it.