William Shakespeare wrote (and I could be paraphrasing here, it’s been a lonnnnnnng time since college English class) “For want of a horse, a kingdom was lost.”  He was talking about one of the many kings featured in his poetry or plays ~ but that phrase has become a metaphor for how close you can be to something that matters enormously to you, and still not get there.

Today’s article is about how, for want of a tool, you can be “almost” there — but not close enough to close the deal, get the sale, win the boy (or girl, as the case may be), or get yourself across some major finish line.  Stay with me here, ‘cos I’m about to diverge.  Or something that feels like it’s off track.  (But it’s not.)  Actually I have two digressions, but one major point to make.  It’s worth reading the whole thing.  It’s a bit longer than my usual posts, but I think you will enjoy it.

This is Part One of a two-part article.  Part Two comes tomorrow. 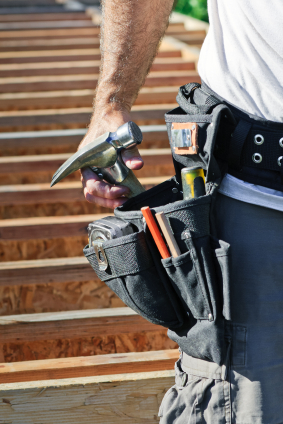 Do you have the right tool?

First divergence.  On our way to Thanksgiving dinner, the dashboard on the car suddenly lit up.  There were more icons lit than I even knew existed.  I didn’t even know what some of them were.  And I certainly didn’t know what it meant, that we had a sudden display of mysterious warning lights.  Because there were no filling stations open at that hour (it was THANKSGIVING DAY for pete’s sake!!) we decided to continue driving — cautiously — to our destination.

We made it OK, and enjoyed a delicious Thanksgiving dinner, trying our best not to dwell on the fact that we didn’t actually know if we would be able to get home or not — and if so, by what method.  We did discuss a few contigency plans, trying not to allow the topic to dominate our conversation or cast a shadow over what we had hoped to be a relaxing and enjoyable time.  (On that point I think we did rather well.  Years of discipline in the consciousness department certainly helps!  Which makes a case for learning how to discipline your mind.  But that is too much of a divergence for this article and I’ll just save that for another day if you don’t mind.)

The next day we called the shop to get advice about what to do.  It turns out that the ABS system failed (automatic brake system) — which is not what it sounds like.  The brakes worked fine.  The car was operational, mostly — if you don’t count the fact that it would only go into reverse if you started the car, and not from “drive” as it usually does.  (Odd, right??)  The ABS system is a computer thingy.  And because it stopped working, the whole computer system for the car kind of went berserk.

The repair department told us that it was safe to drive, if we drove cautiously.  Because we didn’t know, at that point, what the extent of the problem was or how long it would take to fix it, we decided to rent a car.  (Pause.)  Have you ever tried to rent a car over a major holiday weekend?  I don’t recommend it.  They basically have empty lots to show you; almost everything is already rented.  We were lucky to get a vehicle at all — a large SUV.  Which costs an arm and a leg.  But we had a vehicle.

Now we begin the process of waiting to hear what’s wrong — and how long it will take for fix it.  The shop was booked until Monday, so we had to wait until then for their mechanics to even take a look at it.  By the end of the day, we got a call to tell us what the problem was — and that they had to order a part, which would take several days to arrive.  So now we know a rough timetable.

Next, the part arrives and is installed.  In the meantime, they discover that the car does need new rear brakes, so we figure “what the heck, might as well while it’s there.  No use driving around this winter if we need new brakes.”  And they also do a routine maintenance, which we had asked them to do since the mileage was so close to when it should be done anyway.  The warranty covers some of it, so that’s good to hear.

But then we get some bad news.  After they have done everything that should be done, the car still has a problem.  The computer system still won’t “talk to” itself the way it should.  They have to call in a specialist.  They aren’t sure how long it will take before he can come to see what the problem is now.

Two days later, the specialist informs us that they need a special tool to install the new ABS system properly.  And of course they have to send for THAT.

Now, for those of you who are astrology buffs, you will say “Oh this is a perfect example of Mercury retrograde!”  Travel.  Communications.  Computers.  Delays.  All of the above.  Yes probably so.  But you know something?  That’s only part of the picture.

Read why in the next post.  Tomorrow.  I will also share why you need to prepare for 2012, and why having the right tools REALLY matters there.