The Real War ~ and How We Heal

From the start of this conflict, several themes have emerged for me that I want to share with you.  Because they matter. 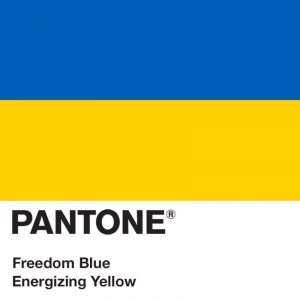 First of all, the consciousness of the entire world is changing, and new ways to live are emerging as a result.  Let’s hold this as a point of reference.

Next, the central theme I have been watching closely (beginning in 2015 with events in the USA and elsewhere) is this: confronting bullies, with the ultimate goal to heal victimization and the need to control.  In other words, to heal fear at some very core places.

This theme has been building for decades, reaching a crescendo that will have echos for even more decades while how we deal with this issue resolves and finds peace.  In the end, healed survivors are our emerging leaders.  Keep this thought in your heart as things unfold.  It truly will help.

The natural outcome of conflict in a conscious world is healing (after the trauma stops.)   And make no mistake, the world IS expanding its consciousness, more rapidly than we understand (and despite many appearances that make us think it’s getting worse instead of better.)

What Ukraine is modeling for the world is not only resilience, but clarity in how they deal with the bullying energy that this invasion represents.  They are simply saying “No.”

They are not busy calling names or becoming aggressors themselves.  They are simply saying no, defending their homes and their country as best they can.

Further, by asking the rest of the world to help, Ukrainians are inviting us not only to do what we can to stop the Russian aggression, but also asking us to say no to bullying behavior wherever and whenever it shows up.  That’s the “hidden ask” behind the Ukrainian emergency (whether it’s consciously stated or not.)

Personally, I believe every Ukrainian understands full well what is happening, and how the events are provoking a confrontation not of specific bullies but of ALL bullying behavior everywhere, and the call to restore autonomy, sovereignty, dignity and healing to all people and all countries.

The Ukrainian resistance is leading the way for a gigantic leap in collective consciousness, and modeling HOW to use our sovereign rights to remain firm, clear, and coherent in responding to bullying attacks.

Ukraine is leading us all — if we have  the eyes and heart to see and feel it — and the courage to do something about it, something that keeps us in integrity while turning away the energy of the bullies who would like to control us.

Just say NO.  The call is clear, and the need is urgent.

I will have a great deal more to say about this in days to come, but right now I wanted to get this message out to you, for you to chew on and do something with.

Meanwhile if you’d like to learn ways you can help the Ukrainian refugees, here are some good resources: