It’s only February but I just found a cool little gadget that fills a need simply and elegantly.  It’s an online organizing and productivity tool to help me quickly and easily get stuff done.  It’s called Fractal Planner (hey they had me with the name alone!)  I got it to try and am totally loving it. 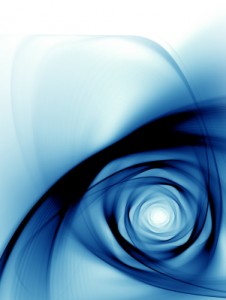 No, the tool doesn’t create fractal images!   (Sorry, for you physics buffs. . . )  What it does, however, is help you decide your next steps with projects, decisions, and plans.  I have only started using it, but already my mind can see ahead to all the possible ways it can help.

The system comes with tutorial videos (which honestly, you probably won’t need.  But they’re there if you do.)  And the best part is that the cost is very reasonable — about what you’d pay for a cup of coffee and a pastry.  I don’t know about you, but I have so many projects and plans going that it’s usually overwhelming.  I need to do careful planning, time management, and structure how things get done.  It can get pretty chaotic around here when I’m in “creativity” mode!

That’s where Fractal Planner comes to the rescue.  I pop open the program, visit the project, and either see what the next thing is — or decide what the order should be.  Bing.  Done.

If you’d like to see this for yourself, here’s where you can get it:  Fractal Planner. Full disclosure;  This link is an affiliate link, which means that I will get paid a modest fee for sending you there.  It’s not much, and you don’t have to buy from the link if you don’t want to.  But I would appreciate the support if you do 🙂

Meanwhile, instead of creative chaos, I now have order.  Worth MUCH more than the price of the gadget — at least to me 🙂  This would be a great tool for anyone who needs to plan and organize projects; organizing multiple projects; and for students who need to organize, manage, and juggle multiple things.

You don’t have to be chaotic with your projects; get this tool and you can cut time and stress.  Isn’t that worth a modest monthly fee?  (Yes, it’s a recurring fee.  But you’ll be so organized you won’t miss that cup of coffee and doughnut once during the month.)