Got Negativity? Want Calm? We Can Help.

These days a lot of people are feeling rather, um, cranky — many with good reasons, and others just out of habit.  Either way, when you’re trying your best to do some good work, the last thing you need is to be around a Mr. or Ms. Crankypants, spewing negativity around like it was the next best thing in the world.  (It’s not.. . . ) 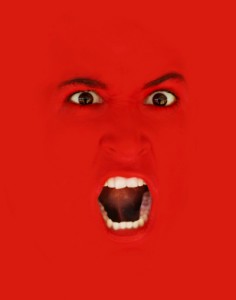 Got negativity? Photo by hidesy

I’m not sure how you have been handling this stuff — but if you’d like a new (and possibly surprising) solution, we can help. I wanted to write a little bit about this, because it’s one of my favorite products to work with ~ and I’d love to tell you why.  It’s a fascinating story, so if you like stories, grab a cup of your favorite beverage and read on. . .

A few years back, a friend of mine, who happens to be a traditional Native American, created a product originally intended for the healers who were confounded by the modern healing settings where they weren’t allowed to burn their sacred herbs.  The healers came to him and said, “They won’t let us make the space sacred.  How can we heal there?”

After extensive research (and quite a bit of trial-and-error) my friend created one of the first  liquid versions of the traditional herbal formula that the elders and healers were using.   (Traditionally, a combination of cedar and sage are burned to create a smoke — or smudge — that purifies the air and the space.  Hence, the name “liquid smudge.”)

It turns out to be extremely effective, as well as portable and convenient to use.   Among the many wonderful attributes of this formula is that the herbal properties are enhanced, rather than consumed ~  not only does the formula clear your space of negative thought forms (watch as that angry guy up above simply evaporates harmlessly) ~ it also uplifts your spirit and provides a peaceful, calm atmosphere for you.  I like to call it the “Etch-A-Sketch” formula for space clearing ~ kind of a corny analogy, but it works for me 🙂

Obviously, this is what you want if you are doing healing work — but we have found this product to be quite useful in the following situations as well:

The list goes on and on, including kennels, barns, and garages.  We have yet to find a space where the Liquid Smudge is not effective.  I have a bottle in every room of the house, in my office, my car, and my purse!

Lately, we might add stress and insecurity to the list of things for which the Liquid Smudge is useful.  There are a lot of bad things going on in the world, most of them adding to whatever was causing us stress before they happened.  We found, after 9/11, that parents who put a drop of the Liquid Smudge on their kids’ pillows at night helped the children to get to sleep without having nightmares of the burning towers, for example.  I’d recommend this for anyone so stressed that you are having trouble sleeping — or worrying about money, safety, ecology, or war.  It helps you return to a calm, peaceful state of mind, where you can function (or sleep) better — free from the burden of anxiety and negativity.

Since then, because so many people are developing environmental sensitivities and allergies, we also have a new line of fragrance-free energy clearing formulas, that you can use instead of the traditional liquid smudge.  All the major retreat centers have now banned fragrances ~ but now you can clear your space anywhere, without causing allergic responses at all.   There is a formula for every purpose, including a complete Feng Shui series to keep the Qi flowing in healthy ways all throughout your spaces.

These are only a few of the reasons I love this product, and feel incredibly honored to be offering it to healers, business people, and anyone who needs what it does.  Everyone who tries it, loves it — and tells their family and friends.  We’ve built up quite a following almost 100% by word of mouth.  We’d love for you to try it, too, and see what you think.  I bet you will love it as much as we do!