Have you ever planned a project that you estimated would take a certain amount of time, only to discover that the thing you were so hopeful to achieve darn near ate your life?   (Actually I’ve had a bunch of those, truth be told. . . )

The one to which I refer this moment, however, is my office makeover.  It started in January of 2009, when my partner pivoted from her former career with a foundation, to becoming a freelance editor and writer.  Which meant two of us with home offices — and only one working space to do it in.  Oops! 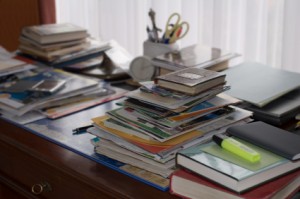 Thus began a project to renovate one of the other rooms so that I could have my own office, better suited to the kinds of activities I’d be doing.   Here are a few of the things I’ve learned from that point until now:

I’m finally sitting at the desk in my new office.  The road was rocky.  And long.  And expensive!  But I can tell you it’s worth it, to be here at last. I’m grateful, too, for my partner, who largely financed all of this.  (Thanks!)

When I get a few more things put where they should be, and catch up with my burgeoning to-do list, I’ll say more about that.  Maybe even get some photos of it, when it’s finally as spiffy as I intended 🙂

Meanwhile, I’d love to hear your “office makeover” stories, particularly if you’re working from a home-based space.  Please let me know how it’s been for you?  (I don’t like thinking I’m the only one who has ever had to deal with this.  I’m betting I’m not. .. )  How did you cope with getting things done — AND keeping the momentum going with the makeover?