As 2012 unfolds, and as Leap Year approaches, I’ve been observing something that makes me more than a little uneasy — in fact, maybe a little queasy — and I’m wondering if anyone else has been experiencing it the same way that I have.  Here’s what I’m seeing.  Get ready, because it’s a mind-blower, I’m warning you!

The pace at which we want to consume “the new” (whatever that may be) seems to be accelerating faster than our ability to manufacture it.  I am seeing that our appetite for something new and completely different is exploding — MUCH faster than we can even consume whatever it is that we can create.. Call it Boyd’s Law of 2012 — or call it whatever you want — but it’s not going away. 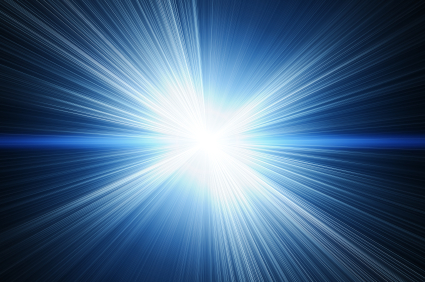 Moving faster than the speed of Light. Image by MihailUlianikov

If you’ve been getting a sense of “things are moving too fast”  — well, yes, they may be.  But it’s about to get worse.  Things are moving faster than we can even create them!  And isn’t THAT a dilemma!

We seem to be entering a dimension of hyper-time and über-space, where the Laws of Physics (as we have known them so far) simply do not apply.  Talk about feeling disoriented!  Yet. . . the vertigo doesn’t stop us from seeking further.  it seems only to encourage us to explore deeper, further, faster.  And that actually seems possible now, for some as-yet inexplicable reason.  (Oh, where are the quantum physicists and cosmologists when you need them?  Those folks don’t just hang out on street corners these days. . .nor have they set up shop in ways where you can just drop in and ask them questions like this! )

But if you’d like a fun read about how this stuff (quantum physics) intersects with your life, you have to read Lisa Randall’s latest book Knocking on Heaven’s Door.  She’s a hip young scientist who has a knack for making far-out stuff sound fun and “normal” (or as normal as physics is ever going to get.)

The article I was preparing to write, before this realization hit me square between the eyes, was about “Living AS Love in 2012” — and why that’s all we can do, if we want to make it through this year in one piece.  And I still believe that, and I may still write about that.  But this new realization just can’t wait.

it’s not only about wanting more of something; it’s not only about being completely dissatisfied with the way things are now; it’s not even about not enjoying what we already have (which most of us are managing to do quite nicely.)  It seems to be entirely about a collective impulse to LEAP forward, through any and all barriers, into some future that we don’t even understand yet.  We are collectively propelling ourselves forward into the Unknown.

It’s not just that we are approaching another Leap Year; it’s way more than that!  (Although perhaps these thoughts are coming to the fore at just the right time, since Leap Year is only a few days away as I write this.  I can’t discount that influence entirely.)  But this appetite to consume what is new and different before it’s even been created?  That is a whole dimension apart from anything we’ve seen so far.

I get the image of a collective being (as in all of humankind) suddenly waking up, stretching its arms out, yawning, and then thinking to itself, “Gee. I’m really hungry for something new and different today.  I don’t know what I want yet, but I am hungrier than I have ever been before — and I want it RIGHT NOW!  Please bring me the thousand-year quantity of the largest size you have, and get it here fast!”

Consciousness is exploding into new dimensions.  We’re in hyper-time and über-space.  Already some of us are disoriented; I hate to say it, but I think it will probably get worse.

And if that isn’t scary enough as it is, just watch and see.  We will be arriving on the “other side” and suddenly find out that we have no freaking clue about where we are, WHO we are, or what we want once we get over the shock. And this is happening right NOW.  Open your eyes, and look around.  Tell me it’s not so.

But I think you’ll probably see the same thing I do.

Want to talk about that?  Leave your comments below.  This is fascinating stuff!  (Well, it is to me. . . how about you?)  I think we could talk about this for a REALLY long time — unless the appetite for something even more astonishing takes its place first, hehehe.

P.S.  If you love discussing content like this, please join us over at The Consciousness Cafe; we’re starting (and sharing) more conversations just like this one — and we’d love you to be part of it :-