The Japanese earthquakes of 3/11 are horrendous and almost beyond the ability to comprehend.  I was shocked to discover how powerful these were; when I heard a magnitude of 8.9 I knew this was an enormous shock and would be horribly destructive.  My heart goes out to the people of Japan and southeast Asia. 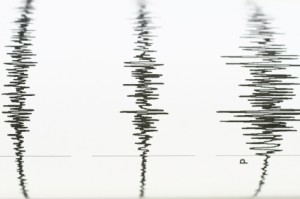 When I wrote my last blog post yesterday, March 10th, little did I know how prescient it would be.  It’s a case of cosmic consciousness coincidence!  The post was on the significance of the 3:11 date as the third in a series of important dates for 2011.  This date —  3:11 —  was about the Universal Law of Movement and Balance and the Spiritual Law of Strength, Health and Happiness.

While I was writing it, I had a nagging feeling that I should at least mention (and I did, but only half as much as I could have) about the ways that the Earth needs to move and shift, to be strong and healthy.  Japan, ironically enough, is one of the countries where cleanliness is a primary value; the people are almost obsessed with keeping their spaces clean and clear.  It has also been one of the areas most affected by earthquakes.

Because of the destructive actions taken by some humans over the past half-century, the Earth has needed to cleanse itself in any ways it can.  The waters are polluted with trash and chemicals; the ground has been mined and poisoned with chemicals; the air is thick with smog over our cities.  It is no longer healthy for any life forms; the effort it will take to restore balance, health, strength and stability is enormous.  Yet this is what we are being called to do.  The call cannot be more clear.  Human consciousness can no longer ignore the consequences of failure to act in appropriate ways, for ourselves and for our home planet..

Today, March 11th, we saw one of the ways that this need for earth cleansing played out. I am so sorry for the enormous loss and trauma that the multiple, severe earthquakes in Japan have caused to people and animals — for the tsunamis, and for the destruction.  The magnitude of these earth changes are among the worst in recent history.  I shudder to think about the aftershocks.

I cannot help but think, because of the work I and others do in the realm of human consciousness, that there are ways that we humans can help — both now and in the future, for the earth and for all those affected by these and other events perhaps still to come.  Here is what I believe:

The Earth is trying to shake us awake.  Are we listening?  Or are we behaving like victims?

I am fully aware that what I am saying is radical.  I will no doubt take flak for saying it.  People may call me crazy.  But let me ask you this:  where else can we go?  There is no other planet.

Each one of us is responsible for our own thoughts, words and actions.  I stand behind what I am saying today.  I am taking action on a daily basis to connect with the Earth and with other conscious beings.  I am sending out signals and prayers asking others to Wake Up and to join those of us who are working actively for change, to make things better.

My tears and prayers are with those who suffer this day.  My thoughts are not of loss, but of hope for the future.  We have yet to tap into our highest good.  It is time.  This is the year.  Let us become together all that we know we can become.