40th Anniversary Of King’s “I Have A Dream” Speech Remembered 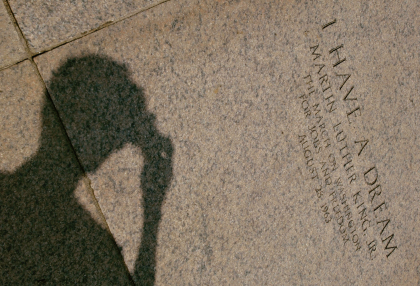 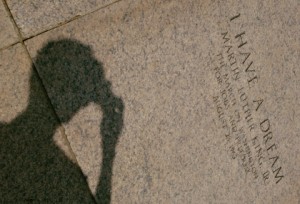 WASHINGTON – AUGUST 28: A silhouetted tourist take a picture of a stone inscription on the steps of the Lincoln Memorial that marks the spot where Dr. Martin Luther King made his “I Have a Dream” speech August 28, 2003 in Washington DC. Today is the 40th anniversary of King’s speech, made August 28, 1963, during a rally at the memorial. (Photo by Mark Wilson/Getty Images)