Japan’s recovery from the earthquakes and tsunamis has begun, slowly and painfully — but surely.  While the first layer of response was dedicated to saving the lives of anyone who managed to survive the disasters, now the focus is more on clearing, cleaning, and healing.  Among those who survived were many animals, although it’s estimated that nearly as many pets were lost as humans in the affected areas.  It is also said by some reporters that, as in Hurricane Katrina, lives were lost when pet owners refused to evacuate without their beloved animal companions.  Perhaps the reverse is true as well.

Here is one story of a dog that refused to leave, despite little hope that the owner survived.  There are many stories like this one, and even more heart-wrenching stories of pets and owners separated forever by the loss of one or more family members. While some of those stories are sad and grim, others are filled with joy and relief.  It’s a strange mix.

Some concerned people around the world are sending funds and prayers to human relief efforts, while those who have pets might be also contributing to the rescue and support of all those many animals who now are homeless or wounded.  Here is one of the web sites who is devoting space and time to helping match missing pets in Japan with their owners — or if that is not possible, with new homes instead.

This time of year there should almost be cherry blossoms in Japan — not tears. It’s Spring; still some snow, but flowers are starting to seek the light.  Buds are forming, even if they are dusting sometimes with snow. 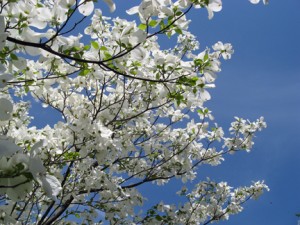 I have a client who sells some of my products to Japan; she is Japanese and has family still there.  When I spoke with her after the tsunamis, she told me that she had been able to contact relatives there and everyone is accounted for, much to her relief.  The Japanese people are stoically dealing with the loss and mess; they are very good at creating and restoring order from even the most chaotic situations.  But what is totally freaking them out is the radiation and the implications for the future of their land.  It is, of course, a constant concern — and now an immediate crisis.

When I was in Manhattan this week, entering Grand Central Station, there were a small number of Japanese in front, holding cardboard boxes out for donations, and screaming at the top of their lungs, “Help Japan!” I wondered how many of the others passing by were like me:  leery of making donations to individuals but generous in my donations to organizations like Doctors Without Borders or the Red Cross.  I have also heard that the Japanese authorities have been, for the most part, reluctant to accept help from any but governmental agencies.  It was a huge step for them to allow the international search and rescue teams to come to their assistance — and, since their systems were not set up to easily and quickly speed the teams on their way, special intervention had to happen to make sure the dogs and their human teams could get to the sites where they were most needed.

I hope the Japanese folks in front of Grand Central Station this week realized that if we did not make contributions to them it didn’t mean we don’t care — and I now wish that I’d had the presence of mind to stop and let them know that we DO care, that Japan is in our thoughts and prayers during this hard time.  I sent silent prayers for peace to those individuals seeking donations — and hope they receive what they need for their family members and friends.

It’s the personal touch that matters, I see now.  My dollars will go into some pool of funds that will eventually help someone.  But the hearts that ache need to know there is someone out here who sees and hears and loves back.