While almost everyone else is focusing on just this one day as a day to become more ecologically-minded (or to promote your own Green products and services, if you’re in business) — I’d like to ask a very important question: 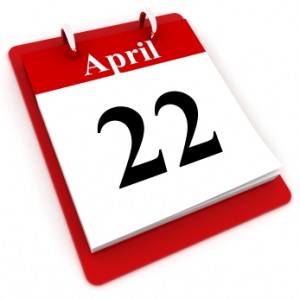 Because if you have the least teensy tiny bit of awareness at all, one day is a drop in the empty bucket for change.  It’s nowhere near enough.

What this day CAN do is:

A good example is the volcanic eruption in Iceland.  (And I’m not even going to try to spell that thing.  Even for extra points.)

No one could predict it, stop it, or escape its effects.  When the ash drifted across the jet stream and forced all air traffic to a standstill — THAT is when people were forced to change.   They had to discover other methods of transportation; they had to wait it out; they had to give up their plans.  But they had to do something different than usual.  The habit of “flying wherever and whenever you want to” suddenly got upended.

Perhaps this change is temporary.  But in the meanwhile millions of dollars per day have been lost, and this story ain’t over yet.

My point is that we can either be forced into making positive changes.  Or we can choose them before we have to.  We humans could have already discovered new energy models to power transportation in the air, on land, and at sea.  We could have created new technologies to heat and cool our homes.  We could have discovered sustainable ways to do just about everything.  It is very sad that we didn’t.  Yet.

On this Earth Day 2010 I propose that we focus on what needs to change for a healthy planet not just today but every day.  For some things there is still time.  For others, the sand is running out of the hourglass.

Be an agent for change.  Start with your own habits.  If you just “green” one thing a day, in 360 days your world — and ours — will be better for it.