Are You Dreaming Big Enough?

It’s a conundrum, really, that when you have a dream that feels too big for you, sometimes the reason you don’t manifest it isn’t that it IS too big.  It might be that your dream isn’t big ENOUGH.

But time and again I’ve had the experience of feeling absolutely stuck because things just weren’t falling into place with a dream I was trying for all it’s worth to manifest — only to discover upon sharing my situation with a good coach or mastermind team that the problem all along was that I was aiming too low, dreaming too small.

Instead of a project, I was trying to start a movement.  The project by itself wasn’t inspiring — but the movement is.

The web site I was trying to build around an idea I wanted to try out, was really a book that I needed to write.   The kind of coaching I do isn’t just for Cultural Creatives — it’s for people who want and need and deserve to have a coach for their soul.  Big.  Light.  Bulb.  Moments. 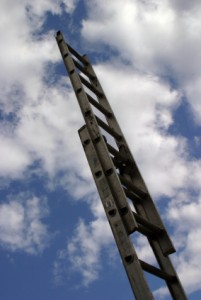 Is your dream big enough?

So far in my life, I’ve had enough of those experiences that I pretty much now just routinely ask myself “Is this a big enough goal?”  Because if it doesn’t make me almost pee my pants, it probably isn’t.

The thing you’re trying for?  It’s probably just fine.  But maybe it would be even better/easier/faster if you aim for something about ten times the size of it.  Just in case.

I hope that makes you break out in a cold sweat just thinking about it, because when you do — you will take it seriously and put some real muscle into it.  That’s the kind of devotion BIG dreams need — and deserve.

Anything less than you jumping smack into the middle of that kind of dream, is a waste of your time.  Don’t bother with the cute and simple unless you want to be bored to death.

Go for the biggest dream you can.  Expand it so far that it seems impossible.  When you’re good and uncomfortable is when you know you’re working in your growing edge.  And that’s where all the magic happens.  Always.