This year I got a nice Valentine’s present.  The annual Dog Writers of America Awards presentation and banquet was held February 14th at the Affinia Hotel in Manhattan.  I was nominated for a Maxwell Award (the Dog Writers’ equivalent of a Pulitzer Prize) for an article i wrote for The Corgi Cryer (the Club Magazine for the Mayflower Pembroke Welsh Corgi Club.) 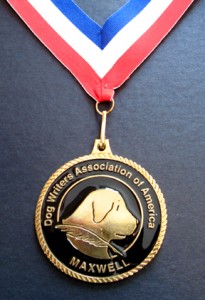 Unlike other club publications, The Corgi Cryer is a full-fledged quarterly magazine with great content.  I am honored to write for it occasionally.  This was my 7th Maxwell nomination and (I’d hoped) my third Maxwell Award.  However, before my category was announced, there was a Special Award that is given at the discretion of the publisher, Wiley/Ellsworth Howell.  And it was awarded to me! 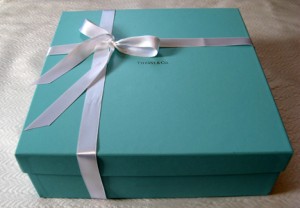 The Wiley/Ellsworth Howell Special Award “for the best writing on judging, exhibiting, dog show reporting, or any other aspect of conformation showing, made at the discretion of the publisher,” was given to Nancy Boyd for her article “Handling in the Group Ring.” The award was presented by one of Wiley’s representatives (I wish I could remember her name, but honestly I was in a daze) —  in a giant blue Tiffany box with a white ribbon.  Inside was a lovely crystal platter engraved with the award and my name.  It also came with a nice check 🙂 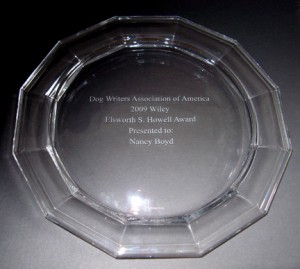 Now I’m plotting where to display it so the new Siberian cat we’re planning to get won’t knock it over. . . hmmmm.  That’s going to be more challenging than writing articles I think.

I’m thrilled with my award.  I’ll get to work on writing more articles and see what next year holds for awards — Maxwell or otherwise 🙂