The 4th Festival of Universal Sacred Music was held this past weekend at Merken Hall in New York City.  This was a great discovery for me, as I’d previously not known about it.  A series of fortuitous events led me there, though.  While I wasn’t able to attend the earlier events of the Festival, I was fortunate to go Sunday night.

The music was amazing.  (Of course, Merken Hall is a wonderful venue for small concerts, as the acoustics are perfect.) The genres offered ranged from modern to jazz to classical, all original compositions from composers whose work touches not only the ears but the heart. 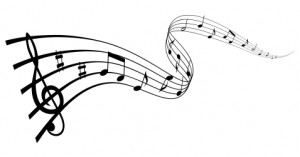 I went specifically to hear a piece by Mark Kilstofte, who has just been honored to receive a Guggenheim Fellowship.  If you have never heard Mark’s music — and if you like listening to sounds that are able to move you deeply — you should give him a listen sometime 🙂

Anyway I want to tell you about this program, because after learning about their mission — and hearing some of the music that was presented so gorgeously by the New York Virtuoso Singers (and towards the end, orchestral accompanists) — I knew that their mission is worthy of a wider audience.

Here’s a portion of their Mission Statement (the most important part, to my way of thinking):

“The Society was founded to fill a need for a body of sacred music that does not blindly follow existing traditions, but rather follows the impulse for truth that exists within the innermost heart of every human being – and the fundamental principles common to all faiths, which would remind us, God’s children, to live as the brothers and sisters we have always been. While we respect and honor the work of interfaith organizations, we are not content to simply leave our traditions alone as they may have been practiced for generations; we rather encourage the evolution of existing faiths away from those beliefs which have often led to fear, arrogance, divisiveness and tyranny, and toward a unity of knowledge and principles which can lead humanity toward the light of universal love, compassion, tolerance and respect – and thus toward the establishment of a lasting peace on Earth.”

What transpires at the Festival not only fills your ears with delightful sound, but it also fills your heart.  (And dare I say, soul?)  This experience was truly transcendant, bringing what spirituality can be into vibrations that reach one’s deepest being.  As the musicians might say, “What is God if not this?”