What You Don’t Know About Clutter ~ Part Two

First of all, we had some delightful comments about clutter.  I want to share a couple of them here with you, before I get into how to deal with your thinking about clutter (which, most of the time, holds the key to ALL the solutions you need.)

One reader shared that the clutter in her home “got handled” when the house burned down!  Yikes.  That is decidedly NOT one of the solutions that I’d recommend.  It may be effective, but . . . it’s kind of extreme.  You really don’t need to go that far.

Another reader asks:  “What do I do about clutter from different possible lives, when I’m not sure which life I can and should pursue, and clutter from concern that things are irreplaceable or would be too expensive to replace”?  Great questions!  I’ve got some suggestions for both of these.  Read on.

Remember when I said that ALL clutter is nothing but disorder?  If that’s true, then one of the solutions is to create order in the place where clutter is.  Yes, that takes work and time — which is often how the clutter got there in the first place.  Other things seemed more important, and it felt like it would take too much time to deal with it.  Or you may have needed time to think about it, before making a decision.

There’s absolutely nothing wrong with needing more time.  But time and space are connected; while both can expand, they are finite too — there are limits to both.  Once a space is already occupied with objects. nothing more can be added.  Think:  what happens when your cup is full, and you keep pouring?  Yeah — a mess! 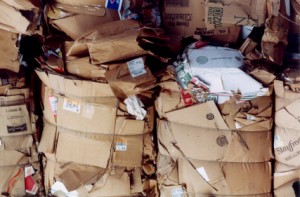 All clutter has one thing in common: disorder

The real trick is to give yourself the proper sequence of events, so that you get both the time you need to make a decision, AND the time it takes to implement what you’ve decided.  And I want to share a couple of observations about both.

I’ll give examples for both.  In the first case, I have caught myself out (more times than I care to admit) procrastinating clearing some clutter ONLY because I was telling myself that it would take too long and that I felt I didn’t have enough time to do it.  Once I decided (and that is the key, by the way) that I would just spend 15 minutes and do whatever little bits I could, I have always been shocked and amazed and pleased to discover that those 15 minuted actually got more done than I thought.  Most of the time, the clutter was completely cleared in that time.  (Who knew???  Obviously, until I got into action, *I* didn’t!)

In the second case, I want to tell a true story.  I think it illustrates perfectly how to shift your thinking and get things done.  For a long time, we had a lot of clutter in the basement.  We had always said things like “we really need to do something about that”.  But it always felt like a HUGE, monumental task.  Therefore, we kept putting it off, as an onerous chore no one wanted to tackle.  But then one day, the washing machine broke.  We had to get a new one.  Well, guess what?  The laundry room is in the basement.  On the OTHER side of the cluttered area!

Suddenly, we were faced with a new dilemma.  We needed to make a path to get the old washing machine OUT of the basement, and clear the way to bring in and install a new one.  Want to guess how long it took us to clear that clutter, under the new circumstances?  Go ahead, take a wild guess.  It was less than 2 hours.  And that includes discussing and deciding about what gets tossed and what gets moved where.

See, the thing is, when we made the project be about something no one wanted to do, it didn’t get done.  It felt like too much work.  But in actual fact?  That was a lie.  It didn’t take that long at all, and it wasn’t even hard to do.  But the truth about how it got done?  We made the project be about something else!  We made it be about how to get the old washing machine out and get a new one installed — something that we wanted and needed.  Since the clutter was in the way?  Done deal, no biggie.

The point is, if you can make the project about something else that you REALLY want, it becomes easy and sometimes fun, because you’re no longer thinking about “how long this will take and how hard it’s going to be.”  You’re now focused instead on getting the OTHER thing you want.  It just so happens that clearing the clutter is one of the steps it takes to get THAT thing to happen, and not the single goal it used to be.

Now as for the comments about being uncertain whether you will need something in future or not?  There are ways to deal with that.  I’ll be sharing more about that in future articles, along with how to deal with the other kinds of clutter:  mental, emotional, spiritual.  Stay tuned!  I’d love to hear your thoughts about this, and for you to join the RSS feed if you want to make sure you don’t miss anything.

Oh by the way, I wanted to share another cool tool for you:  Clear your energy and your space