June 19th is a big day for the USA.  This is the day we celebrate Father’s Day, Juneteenth, and the month devoted to celebrating Pride.

I’ve got a lot to say about all of this. 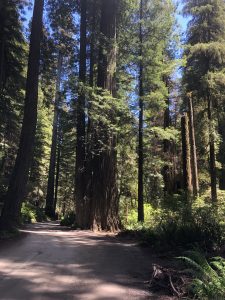 First of all my own father was not ideal.  Far from it.  Because of his dysfunction, our family moved 27 times before I was 11 years old.  We had no financial stability all during my formative years — not until I was in Junior High, when both my parents got (and managed to hold) teaching jobs.  My experience of my birth father left a lot to be desired; a lot of wounding happened.

Much later in life, my parents divorced and eventually my Mom remarried — to a remarkable man who became (for me) a healing presence in my life.  He was a great model for what Sacred Masculinity is:  stable, kind, wise, strong and loving.

My stepfather embraced me and my 3 siblings with the same warmth and affection as his own, and became the father I never had.  I loved him so much and was so sad to lose him too soon.

Because of my personal history with fathers. . . I’ve become an advocate for all men to champion Sacred Masculine qualities — and to openly and actively combat Toxic Masculinity, which is all too much in evidence in our world.  I believe that Love Wins.  Which means we need transformation.

We need to be raising sons and brothers who absolutely know what it is to be a “good man”  — and are consistently able to resist all forces that would try to pull them into darkness and toxicity.

I think it takes a healed community of women and men who are capable of creating the kind of world where no one has to recover from trauma — because no one is creating trauma.  I believe we are trying to get there (despite loud forces that would like us to despair and give up.)  And I believe that ultimately we WILL get there.

Now let’s look at Juneteenth.  It’s telling that in some states in the South, people were not told that slavery had ended — because some people didn’t want it to end.

Eventually the word got out — though it took until President Joe Biden created a national holiday specifically for Juneteenth that the entire country gets to pause, reflect and (I hope) celebrate this day 257 years ago when black men and women and families were finally freed from the horrors of being enslaved to others human beings.

Just because we elected a black President did not free us from the stain of white supremacy and its ugly underbelly.  All we had to do was elect a white supremacist (Donald Trump) to see how quickly that underbelly surged to the surface and attempted to take control over every part of our American lives.

All I can say about that, especially in light of what the January 6th Committee is revealing in stark clarity, is Thank Gawd for the pillars of government that still held strong when they were challenged by forces that wanted (and still want) to remain in power.

So far I haven’t spoken about any of this in public.   That’s partly because so many other people are doing it better than I could — and partly because it’s my mission to bring healing and transformation.  It’s not often that I “leave my lane” to discuss topics that don’t directly relate.

When ANY people become targets for hatred, then it becomes a spiritual issue.  True spiritual leaders and teachers do not promote violence.  They do not promote hatred.  Quite the opposite.

Forces that would lead you into destruction are not connected with Source Energy/the Divine.  Best we all understand this and step out to declare our allegiance with the forces of good, with the forces of Truth, Love and Peace.  Because if we don’t stand for what is good, the forces of Evil will take as much power as they can seize.

That said, I want to explain something important.  I don’t believe in fighting.  I don’t believe that polarity accomplishes anything.  “What you resist, persists” —  a Spiritual Law that governs conflict and resolution.

How then do we deal with conflict, and with forces who try to take power away from us?

I’m going to use the metaphor of Ukraine here to demonstrate what this means — in a very practical and real way.  The Russian forces under Vladimir Putin are systematically destroying Ukraine.  They are brutally murdering men, women and children, all under the pretense of “liberating” a country that does not want them there.  It’s a power grab by a man mad with hunger for power.

But!  The Ukrainian people have NEVER lost sight of the vision they hold for their country.  They know what a healthy Ukraine looks like.  It was healthy before it was invaded, and they know in their hearts that it can be restored to health and beauty again after this war.

Therefore, they are doing everything in their power to resist the invasion.  In doing so, they are keeping alive their vision of what their country is and will again become.  Russian forces could level every city in the country and still not be able to destroy this vision.

Ukraine is modeling how to stand up to bullies ~ with a vision of what matters to Ukraine and its people, and with the will to preserve those freedoms and rights no matter the cost.

I know that sounds like it’s resistance. And in one way it is.  But the bigger picture is that by saying NO to aggression, and by holding firm to the vision of what Ukraine is and will always be, they are modeling how to deal with bullies:  with courage, truth, and determination.  They are forcing the world to see the lies that led to this painful conflict, that started it, and that are driving Russian aggression.  They are saying (and demonstrating) that “you can try to bully us but we say no; we do not accept this.”

And they are asking for help.  That’s important.  Allies can make all the difference.

We in the USA are facing similar choices.  We are not threatened by foreign invaders, but we ARE threatened by forces within our own country that are toxic to the ideals upon which our country was founded.

And unless we are determined to preserve those ideals and protect ourselves from what is turning out to be a white supremacist-led rolling coup, America is at risk of losing.  Of imploding.  Civil war is not an impossible outcome.

But I believe we can avoid such a war, when enough of us realize what’s happening — and take the steps necessary to stop it.  That’s why the January 6 Commission is so important.  It’s uncovering the truth about what happened and is still happening; it’s uncovered a diabolical plot to overthrow the US government by subterfuge and by force.  We came perilously close to it succeeding.

If you haven’t yet listened to the hearings, do so.  Invite your friends to join you.  They are riveting and important.  And then take steps to help create solutions.

For the most part, surviving this dangerous time means staying alert to the ways in which we are being attacked — at state, county and local levels as well as nationally.

It means educating ourselves and our families about what is at stake, and what the safe pathways out of this mess are.  It means massive voting, everywhere in the country — and countering the continued onslaught of toxic disinformation.  It means waking up to what’s happening, even though it’s hard.

It means seeking allies to help, even sometimes ones who would not normally be your allies.  It means asking for help from whoever and wherever help can come.

It means taking excellent care of yourself and your family — your physical, mental, emotional and spiritual well being are urgent as never before.  Take time to take care of the things that keep you well, in every important way.

Turn off the media, and take mental health breaks.

Feed yourself with nourishing food for your body, your mind and heart.

Get out into Nature.  The natural world is healing — and we all need this kind of healing energy right now.  Spend time with the trees.  With the streams, rivers and oceans.  Let clean clear air fill your lungs.  Let the sounds and smells of the great outdoors fill you with good energy.

I took these photos of the Redwoods recently when my partner and I went on a short vacation — to renew and refresh ourselves from a very intense few weeks of events in our country.  It was incredible.

When you’re truly refreshed and ready, you can stand strong FOR what is good.  Speak out against hate and lies.  Speak up for those weaker and more vulnerable.  Do something that helps, in any ways you can.  Volunteers are urgently needed in most communities right now; find a place where you can contribute your time and energy.  It all matters.

Ah, and now for Pride.  You know, it’s still kind of sad that there has to be a month devoted to celebrating our LGBTQ friends and neighbors; we should be doing that every day.

In fact, we should celebrate EVERYONE no matter what their gender identity, racial background, family of origin, religion, or sexual orientation.  I do, and I feel we all should.

And that’s why I’m coming out in this post.  Yes, I’m gay.  I’m pretty sure I was born that way.  And my sexual orientation is only ONE of the multifaceted things about me, as is true for every other gay person I know.

Being gay doesn’t mean that I hate men; it just means I’m not attracted to them romantically or sexually.  That’s an important distinction!  I am all for healthy relationships for ALL people, regardless of your sexual orientation — and I work to promote loving relationships for everyone.

LGBTQ people are part of a vibrant, productive world — making important contributions in every walk of life, from sports to business to entertainment to spirituality.  We need the kind of diversity that brings so much depth, beauty and wonder to the world.  If you look at history, some of the world’s most important and beautiful creations were brought to us by LGBTQ people.

Hatred says more about the people hating, than it does about those they hate.

Be on the side of Love.

The roots of Love are stronger than passing storms.  They are like the elder Redwoods, enduring through centuries of stress — wise and stable.

Walk in the woods sometime.  Listen to the peace, the silence.  Feel the majesty.  And ask for the grace to become rooted in that kind of stable joy.