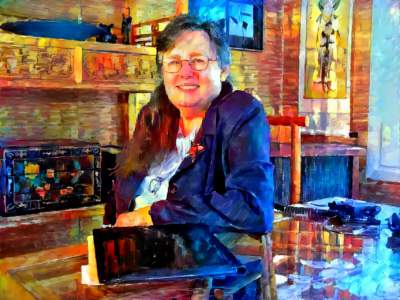 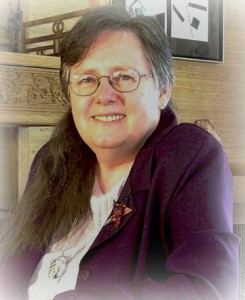 Nancy Boyd’s writing and spiritual roots are deep in the heartland of America. From them she cherishes the beauty and power of the land and natural elements, and a profound love of and appreciation for all living things.

She has been honored to learn from many masters of spiritual paths as varied as Christian mystics, First Nations shamans and healers, Tibetan rinpoches and HH the Dalai Lama ~ and from many wise beings from the plant and animal kingdoms. From these disparate paths and teachings she walks to the best of her ability the rhythm of one sound: Love (lovingkindness.)

Before she became aware of the fact that her intense entrepreneurial drive was not best served working for others, she was employed in a variety of industries but none that captured her inspiration the way her own business now does.

Nancy is a  graduate of NWMSU with a double major in English and French, received training as a Certified Flower Essence Practitioner and later graduated from CoachU as a Life Coach.

In 1999 she founded Bright Wings, Inc., an empowerment company serving people who are up to something good. The company focuses on spiritual and personal development for individuals, families, small businesses, and groups, and has since created more than a dozen websites and blogs, including How To Partner With Nature.

Nancy was a precocious child, having read (and understood) the entire Encyclopedia Brittanica by the age of three; there is proof in the crayon notes in the margins (which, unfortunately, were not removable.) Most of her earliest memories include writing; over the years she has produced articles and essays published in multiple venues.

Her first work was a self-published volume of poems in 1970 entitled A Collage of Illusions in Laughter, Breath and Tears, illustrated by John J. Browne III.

Nancy is the author of Healing The Wanting: Making the Shift From Grasping to Gratitude and forthcoming books: Bring Heaven Home, Hidden Secrets of Water, The Checkerboard Theory of Time Management, The 4 Currencies of Life, and How To Cure Writers Block.

Nancy has been nominated for 13 DWAA Maxwell Awards, of which she won 5, and was awarded the Wiley/Howell Special Award for Best Article in Breed Publication; she was also nominated for a CWA Mews award in 2011.

She was a speaker on “How To Cure Writers Block” and “How to Beat Procrastination”at the 2011 CWA Writers Conference . Her life coaching was featured in a 2009 article in O magazine, and she was named in that same year International Coach of the Year.  She founded and co-hosted the CoachU Cultural Creatives SIG (Special Interest Group.)

For more than two decades she lived in the beautiful Hudson River Valley area of New York; when she is not traveling, she resides in Virginia.